You can invoke Dublin-traceroute in multiple ways. So far there are:

NOTE: the CLI tool is still in development and lacks many features.

The basic usage of dublin-traceroute is the following:

For example, you can traceroute Google’s public DNS server as follows:

The current default is to probe 20 different paths with a maximum TTL set to 30.

You will see the output on the terminal, but dublin-traceroute will also create a file named trace.json in the current directory. You can run the script located at scripts/to_graphviz.py to generate an image showing graphically the traceroute. The image file is named trace.json.png. For example: 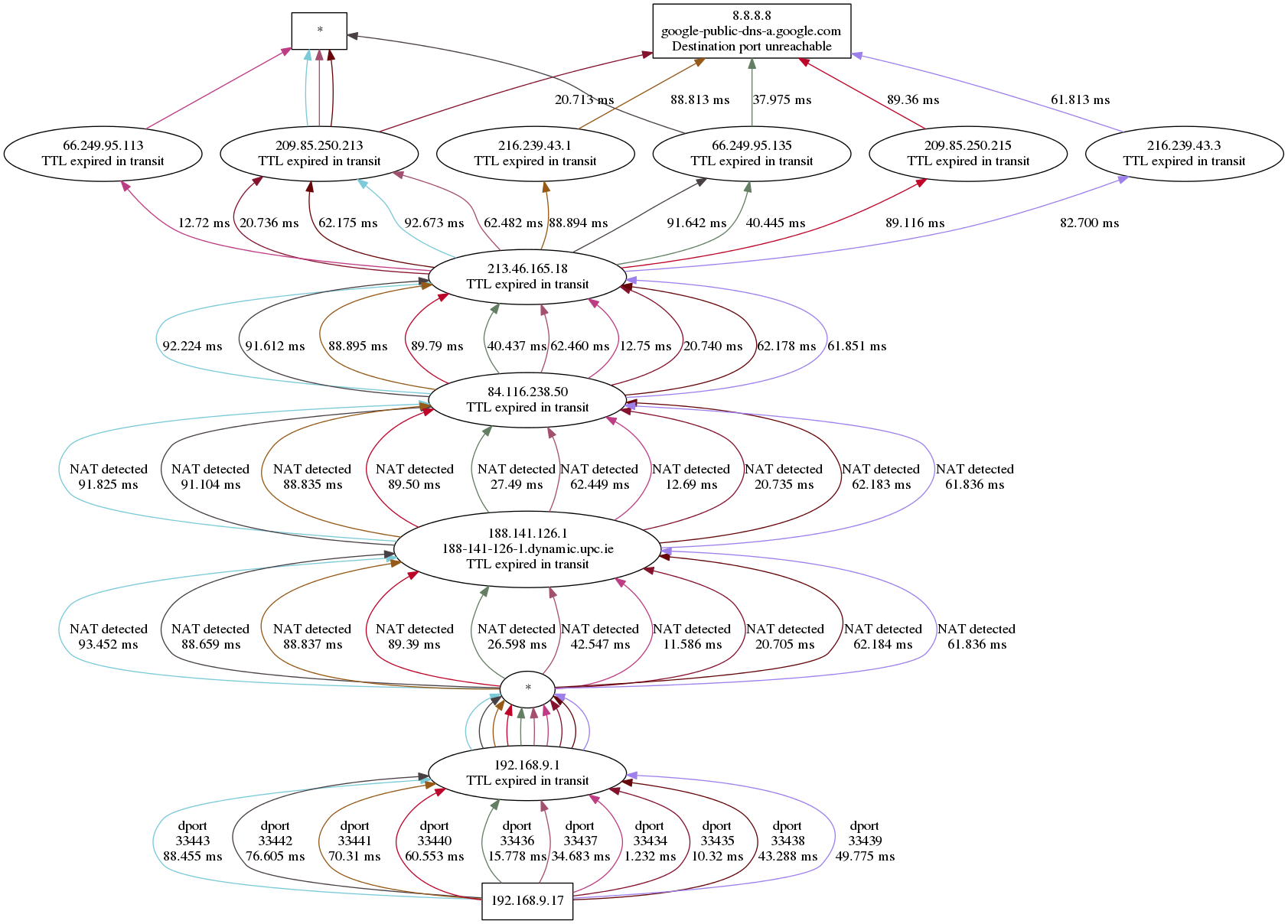 You can view the content of trace.json of course, and use it as needed.

The Python bindings have been split into a separate package. See python-dublin-traceroute .

Meanwhile, you can look at the implementation of the command-line tool

This page was generated by GitHub Pages.